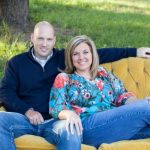 Bryan was born and raised on the Mississippi Gulf Coast and became a Christian in 2001 while attending Michael Memorial Baptist Church. Bryan began serving in the Youth Ministry here in 2003, leading small group Bible studies, teaching Sunday School, and preaching on an interim basis. Bryan served as a local firefighter for 14 years before he answered the call to full-time ministry in January 2012. At that time, he was ordained as Youth Pastor for No Posers Student Ministry here at Michael Memorial. He has been married to Suzanne since 1994. Suzanne is a local school teacher and they have two children, Bryan (Goose) and Savannah.

Joel joined Michael Memorial Baptist Church in 2009.  He met Pastor Bryan in 2010 while serving in a cell group. Pastor Bryan soon invited him to check out the youth program, and he has been there ever since.  Joel loves the Old Testament. He also loves proposing deep questions to the students before the lesson begins to get them thinking and and help generate discussion. Joel’s favorite classes to teach are “Respectable Sins” and “The Case For Christ”.

Kevin joined Michael Memorial Baptist Church in 2001.  He started serving in the youth ministry in 2004 teaching Sunday School.  His passion is teaching Christian Apologetics.  Apologetics is the branch of Christianity that deals with the defense and establishment of the Christian faith.  His favorite 10 week classes to teach are “Defending Your Faith”, “Creation”, and “False Religions and Cults”.  Favorite Bible Verse, 1 Peter 3:15 “but in your hearts honor Christ the Lord as holy, always being prepared to make a defense to anyone who asks you for a reason for the hope that is in you; yet do it with gentleness and respect,”

Lauren began calling the Mississippi Gulf Coast her home after moving from Dallas, TX in July 2013. Lauren became a believer just two short months later in September 2013 while attending Michael Memorial Baptist Church. She quickly developed a love for serving teenagers. She has a determined passion to walk out life with them and help teach them how to give God glory in whatever they do or whatever season of life they find themselves in. Because of this passion, 1 Corinthians 10:31 is her favorite verse. “So whether you eat or drink or whatever you do, do it all for the glory of God.” Lauren has two children, Olivia and Connor.

Luke joined Michael Memorial Baptist Church and was baptized in 2003.  He began serving in the youth ministry soon after that.  Luke’s passion is teaching and mentoring the 7th & 8th grade guys. His desire is to help them become the men that God created them to be. Luke loves teaching from the Old Testament and character studies.  His favorite verse is Galatians 5:16 “I say then: Walk in the Spirit, and you shall not fulfill the lust of the flesh.”  If Luke is not serving the youth you will find him training for and participating in Ironman Triathlons.

Scott & Kristin remember vividly the ups and downs of the teen years in their own lives. While they met and married after college, they accepted salvation as young people in their respective churches growing up in Mississippi. They have been married for 20+ years and have three children (two biological and one adopted as part of J127/Rescue 100). Scott and Kristin can readily admit that day-to-day as individuals, a couple and a family they are not always immediately obedient to what the Lord asks them to do; however, they do try to be open to what His word instructs and to trust to walk where He leads. These past and present experiences are what they hope to share with students to help equip and strengthen their walks with the Lord. They are thankful for this opportunity that God has given them with the students at MMBC.

“What an honor and privilege to walk with the students at MMBC!!”

Stephanie became a Christian and was baptized in 2000 while living in New Orleans, where she began serving in the children and student ministries. She quickly realized she had a passion for helping teen girls through their daily struggles. Raising 2 teenage daughters of her own, she sees how important it is to give these girls a strong support system while pointing them to Christ. Stephanie has been married to Steve since 1996 and they have 2 daughters, Sydney and Samantha. She and her family have been members of Michael Memorial for 8 years. Her favorite Bible verse is Ecclesiastes 4:10 – “If either of them falls down, one can help the other up. But pity anyone who falls and has no one to help them up.” – Because no one should do life alone.

Toxie surrendered his life to God in 1988 and has been a member of Michael Memorial Baptist Church since 1990.  He has been serving in the youth ministry since 2007 where he teaches the small group bible study for the 7th & 8th grade boys.  Toxie also leads a D-Group where he gets to disciple young men and teach them how to be men of God.  His favorite verse is Philippians 4:8 “And now, dear brothers and sisters, one final thing. Fix your thoughts on what is true, and honorable, and right, and pure, and lovely, and admirable. Think about things that are excellent and worthy of praise.”

Zach has attended Michael Memorial Baptist Church his whole life and was Baptized in 2014.  Zach is currently a student in college pursuing his Electrical Engineering Degree and serving in the youth group.  He started serving two years ago at a youth retreat. He is now a leader for a D-Group where he is discipling several other teenage guys.  He loves investing in the lives of the students and seeing how they grow in their relationship with the Lord.  He loves challenging the students to step out of their comfort zones!

Deedy has been a member of Michael Memorial since 1998. Raised in a Christian home, she accepted Christ at the age of 29. She was involved in youth ministry for many years before answering the call to lead our College and Career Ministry. She enjoys leading the College and Career Sunday School time as well as organizing and leading many activities and functions. Deedy is both humbled and thankful for the opportunity to invest in our young adults.
“Use me, God, Show me how to take who I am, who I want to be, & what I can do, & use it for a purpose greater than myself.” Author Unknown 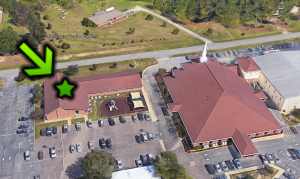 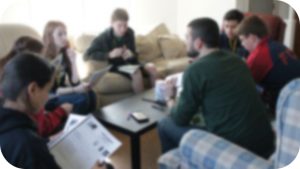 Our students meet together every Sunday morning with their grade level following service at 10:45am. We study topics relevant to students, and we use a one of a kind system ...
5:30 pm DGroups
DGroups
Jan 26 @ 5:30 pm – 6:30 pm 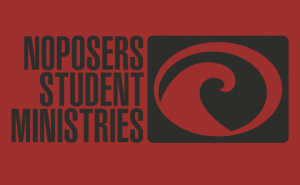 Our students meet together every Sunday morning with their grade level following service at 10:45am. We study topics relevant to students, and we use a one of a kind system ...
5:30 pm DGroups
DGroups
Feb 2 @ 5:30 pm – 6:30 pm

DGroups provide students an opportunity for accelerated spiritual transformation through meaningful friendships, an environment of accountability, and most importantly, a life deeply rooted in God’s Word. Contact Pastor Bryan if ...
View Calendar
Add